"Apparently the chief purpose for stating intentions in an introduction is to have something later for contradiction and denial. Herewith I give you two recipes, for no reason at all unless it could be because I said that such a thing would never happen." - M.F.K. Fisher
(Adapted from recipes from by Lidia Bastianich's "Italy".) 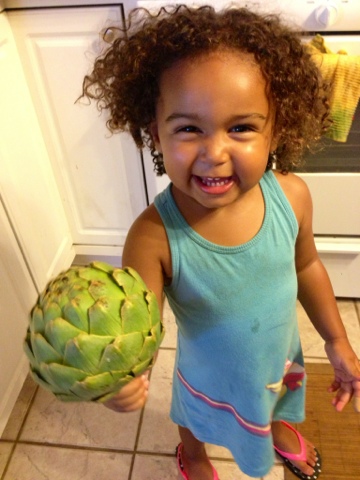 Preparing artichokes is a long and tedious process, but well worth it for the fresh flavor and texture of the true vegetable. You can opt to buy already cleaned and canned artichokes for brevity and ease, but if you really want to experience this recipe at its best, here is what you do:

Fill a large bowl of water the juice of one lemon.

Trim 1.5 pounds of artichokes until you reach the pale leaves at its center. 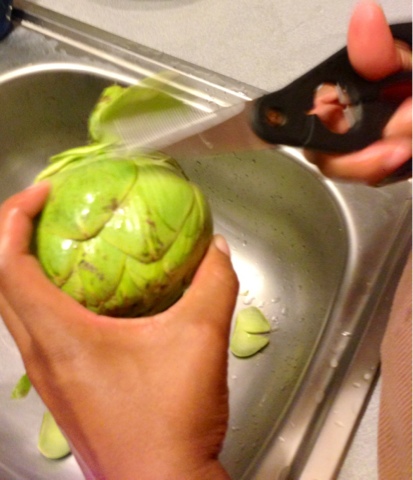 Then, chop off the tip of the stem, about one-third of the way from the top.

Now, at the bottom of the stem, shave off the rough skin until you reach the soft, pale meat of the core. 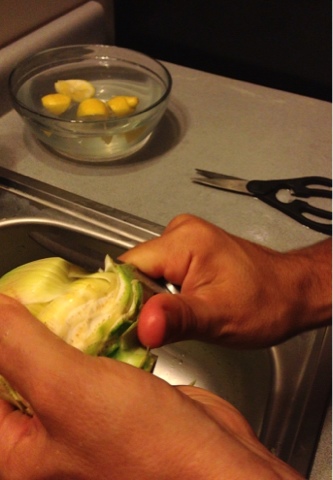 The hard part is over now. Your kitchen should look something like this. 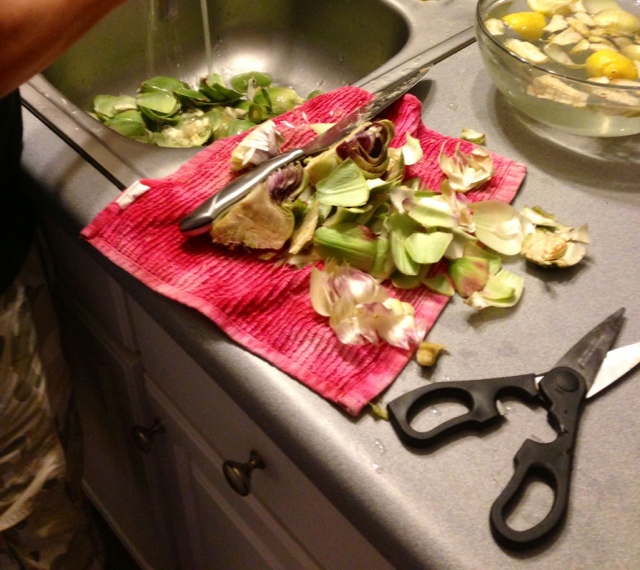 The rest of the process is simple: Cut the choke in half. Scrape out the soft flesh inside and drop them in to the lemon water. (This prevents discoloration from oxidation.)

Now that you have freed your beautiful chokes from the binds of the thistle, you can start cooking in earnest:

This recipe calls for one cut, whole chicken. Season it well with salt and pepper. Then, warm 2 tbsps of olive oil over medium-high heat in a large saucepan. Place the chicken in to the pan and brown, about three minutes on each side, then pull them out of the pan and set them aside. 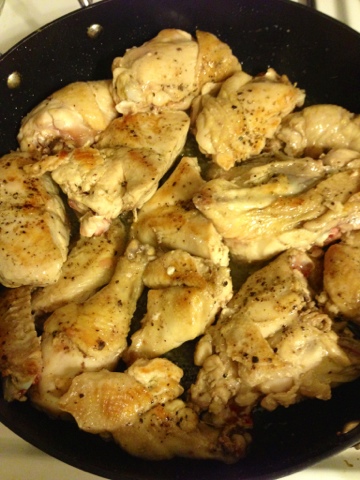 Drop five cloves of crushed garlic in to the chicken fat left in the pan. After a minute, drop in the drained artichoke. Season with salt and pepper, to taste, and continue to deglaze the pan with them for three to four minutes.

Then, pour in one cup of white or rose wine and raise the heat to high. We had this fantastic 2011 Chateau Saint-Pierre on hand. 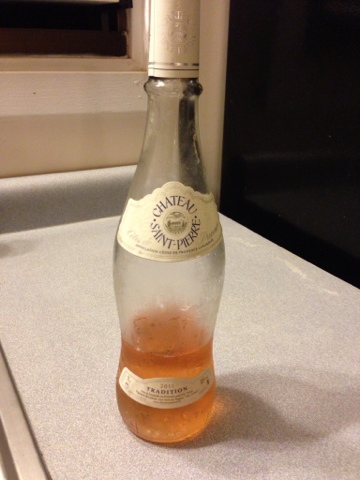 Stir everything until it is almost evaporated.

Pour in 1/2 cup of crushed, San Marzano tomatoes and 1/2 cup of a premium tomato sauce. 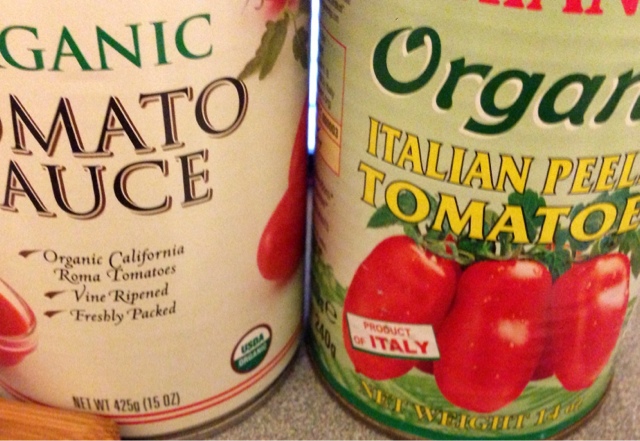 Deglaze again, scraping up all of the lovely browned bits from the bottom of the pan, then cover the pot and let the sauce simmer for 10 minutes.

Time to bring the chicken back in to the mix. Place it back in to the pan, covering it with the sauce. Let this simmer for an additional 30 minutes, the latter fifteen with the sauce uncovered so that it can reduce. Taste and adjust seasoning, then serve right away, sprinkled with a bit of chopped parsley. 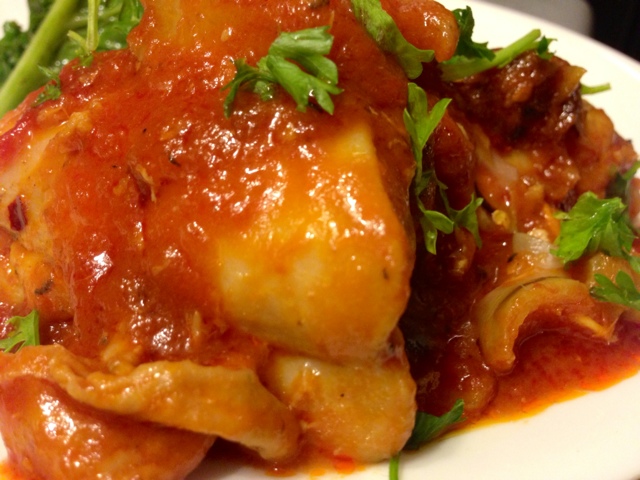 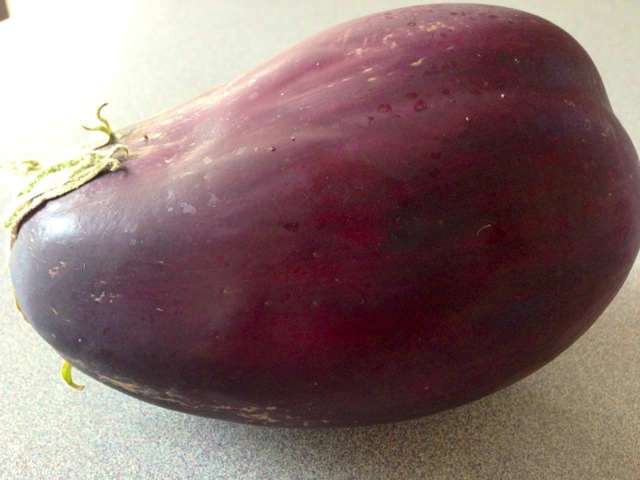 Cacciatora means "hunter" in Italian and is a nod to the style of cooking more than the animal being cooked. A wild, organic chicken wouldn't be a bad idea for this recipe, though. It could only enhance the fantastic base of tomatoes, onions, herbs and wine that make this a classic Italian dish. Here's how to make this variation of braised chicken at home:

Dice one medium eggplant in one inch chunks. Put them in to a strainer and toss them with one teaspoon of salt and let them drain for 30 minutes.

Meanwhile, pat one, cut whole chicken dry and season with salt and pepper, to taste.

When your eggplant is ready, pour one cup of vegetable oil in to a large skillet, over medium-high heat. As it warms, dust your eggplant with flour on all sides, readying them for a fry. Gingerly drop them in to the skillet, making sure that they are evenly spread out over one layer in the pan. Toss, until they are browned on all sides, then remove them from the pan and let them drain on paper towels. 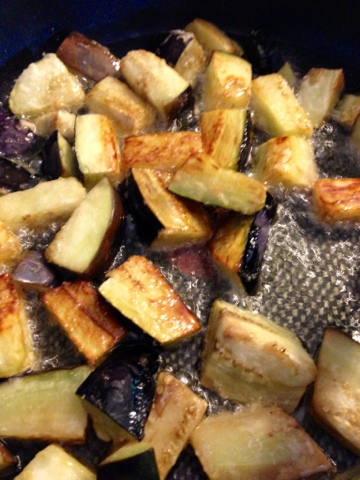 Now, drop the chicken in to the skillet. You are looking for a pale brown tinge of color here, on all sides. This should take about 5 minutes. When this is achieved, pluck these out of the pan and let them rest on paper towels as well. 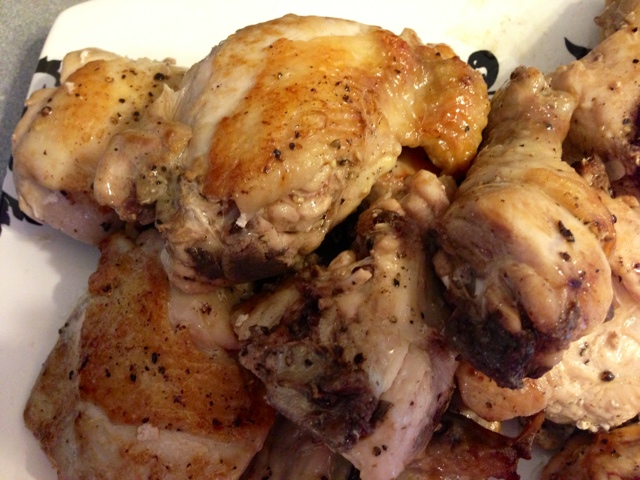 You will now use all of the goodness left behind in the pan for your sauce. Stir 1/2 cup of finely chopped bacon in to the pan.  Let the fat render out and then drop in six crushed garlic cloves and 1/2 tsp red pepper flakes. 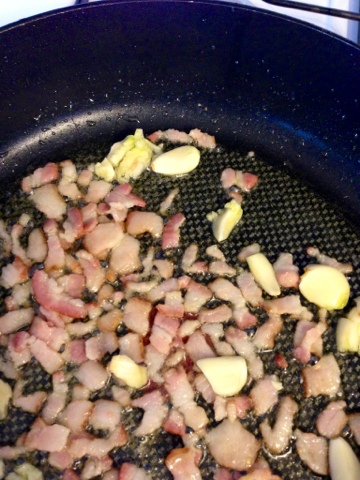 Bring back the chicken.

Let everything brown for a minute, then pour in one cup of white wine. Raise the heat to reduce the wine. Then, pour in a 16 oz can of crushed tomatoes.

Season with salt and pepper, to taste. Bring it all to a simmer for 15 minutes. Then, fold in the eggplant, being careful not to mush them in to the sauce. Cook another 5 minutes. Adjust the seasoning, if needed. Sprinkle chopped parsley over the chicken. 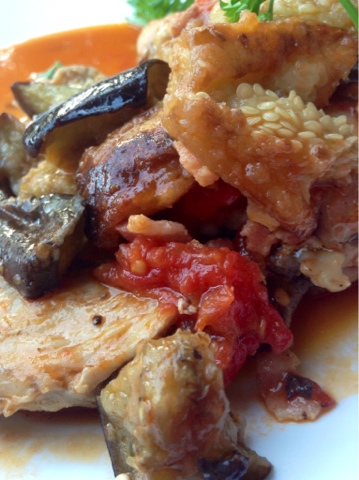